The Toolbox of a performance coach 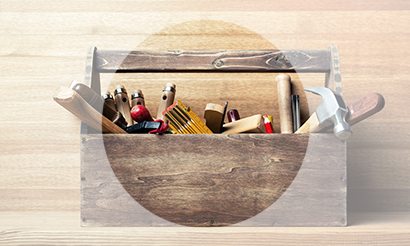 Kees has been the team leader of a large production company for many years. Unfortunately, the machines do not always work that well, the team is dissatisfied, and employees don’t really listen to each other. He realizes that a training, workshop or a hay session will not solve these problems. Because I had worked with this company previously, Kees contacts me. He asks: ‘I really want to solve my problems. Would you be able to help me?’.

Production and the warm bath
Kees explains that the number of error messages in production have increased. He wants the performance of his employees to be better or at least as before. Within the department, they want the machines to run better and longer. Kees: “The goals are: to increase production; the atmosphere could be better; new employees must feel the organization as warm bath.”

We suggested Kees to start a process with our performance coach. During the process it’s agreed that Kees will be supported by an internal colleague; Martine. Martine works as a technician,  knows the company well and has the aspiration to do more with learning and coaching.  The performance coach is Daan. Daan is external and supports Martine and Martine supports Kees.

The first step which is taken is to make an analysis. Martine and Daan do a quick scan using existing data and adding new data via interviews and conversations. The KPI’s of the department are also considered data.

Master and apprentice
Based on the analysis, the current results and desired results Daan gets started as a performance coach on the workspace.  He uses the results to decide which methods will be most successful to implement. Daan’s Toolbox consists of several interventions that he uses as performance coach. To decide what the right intervention is, he uses the Five Moments of Need, a model designed by B. Mosher. He involves Martine within the decision-making process. This way Martine experiences the profession of performance coaching in a ‘Master/apprentice’ manner. Kees is regularly updated and assisted in retrieving and interpreting the correct KPI’s.

In addition, Martine as an internal coach,  follows a number of short-tern ‘learning prints’ about how to apply certain models and interventions from the toolbox. She learns from Daan and becomes more and more a performance coach.

The interventions that Daan implements are:

Kees is happy, because he sees results and he says: “Daan, the job satisfaction comes back and its getting better with the production”.

Would you like to know more about the different work methods that we can apply? We have a nice model of the Tool of Performance Coaching. It works! Please contact Hans Prinsen via hprinsen@emcperformance.nl